Dark Assassin of the Samurai

It is said that the Samurai trained to have no fear and to have that of a still mind.

In most cases this was the true way for they were formidable warriors, but there was one who caused much fear among the fearless for both his skill and relentlessness towards his prey.

They called him the Oni Mōru or Demon Maul or the Dark Assassin of the Samurai.

His legendary dual bladed Gyaku Naginata, skills and deadly arts were feared by all and the mere mention of his name sure to incite both silence & panic for none were safe.

There were a few Samurai warriors however who believed him to be neither that of a man , nor of an Oni spirit.

For in ancient scrolls, there is speak of one that bares the appearance of a Demon from a long time ago - in a land far far away! 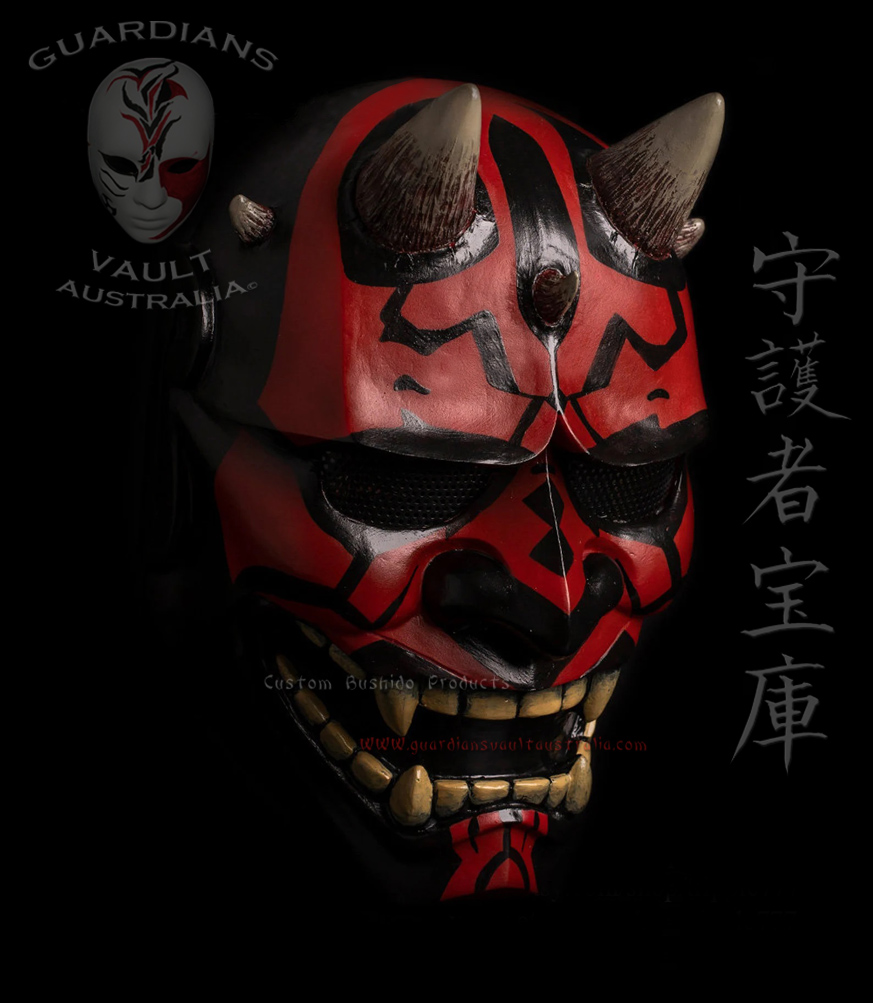 Straps : Straps are attached & are adjustable to allow for better fitting to your face.
Material : Made from high quality fiberglass.
Eyes : Steel mesh is available at no extra cost to cover the eyes if requested.