Sode (shoulder armor), are rectangular plates which hang from the shoulder to the elbow, acting as “shoulder shields” for the samurai. The Sode design varied from period to period. It typically got smaller as the years progressed and as mounted combat became less common. Iron Mountain Armory has chosen to focus their reproductions on the most common styles:

O-Sode, are large, shield-like shoulder guards and were favored during the early years of the samurai, when fighting on horseback was the traditional form of combat.  It was around mid Muromachi (~1450) when the samurai started fighting more on foot, that the sode shrank in size.

Chu-Sode are medium sized shoulder guards that allowed for more ease of movement when fighting on foot.   These are the sode seen on many of our suits and are most common to samurai armor sets.

There are several variations of the Sode, despite these transformations, they were always in use and part of what gave samurai armor its distinctive appearance.

All our sode are crafted from rectangular steel plates, laced together with odoshi (lace) and backed by linen or leather.  The sode attach to the sode kohaze (sode toggle) on the watagami (shoulder strap). 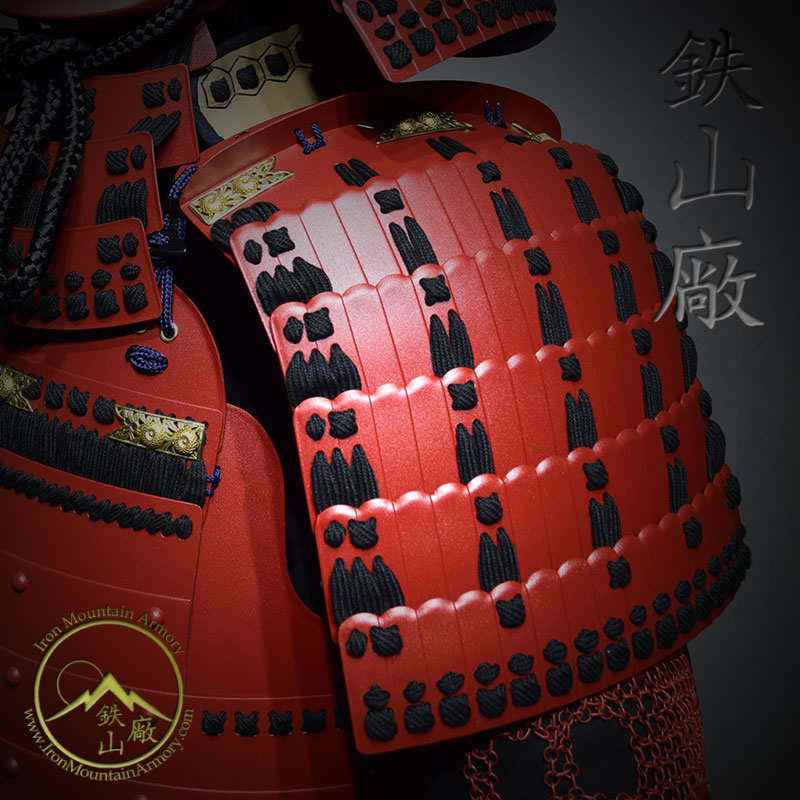