The Gashira Bajo Jingasa (Battle Hat) started to become popular amongst gashira (officers) at the end of the Sengoku Jidai into the early Edo Era. Traditionally a defensive helmet, they were allegedly first crafted from wood, leather, nerigawa, then iron and later steel. They progressively improved as the Ashigaru grew in popularity on the battlefield.

Almost always conical in shape, the Bajo Jingasa would deflect the blows of weapons out and away from the ashigaru wearing it.

The Jingasa were traditionally lacquered in black and would typically bear the mon of their clans (mark or crest) or that of their unit. This allowed soldiers to be easily identified from a distance. These mon were often painted in gold color.  The inside of the Jingasa was typically lined with hemp cloth. Bajo Jingasa also featured four metal rings riveted inside. A cord would be tied into these rings and loop down just below the ears, then a second cord would then be passed through the loops and tie below chin securing the jingasa to the head.

Colour and Paint options are available to be customised. 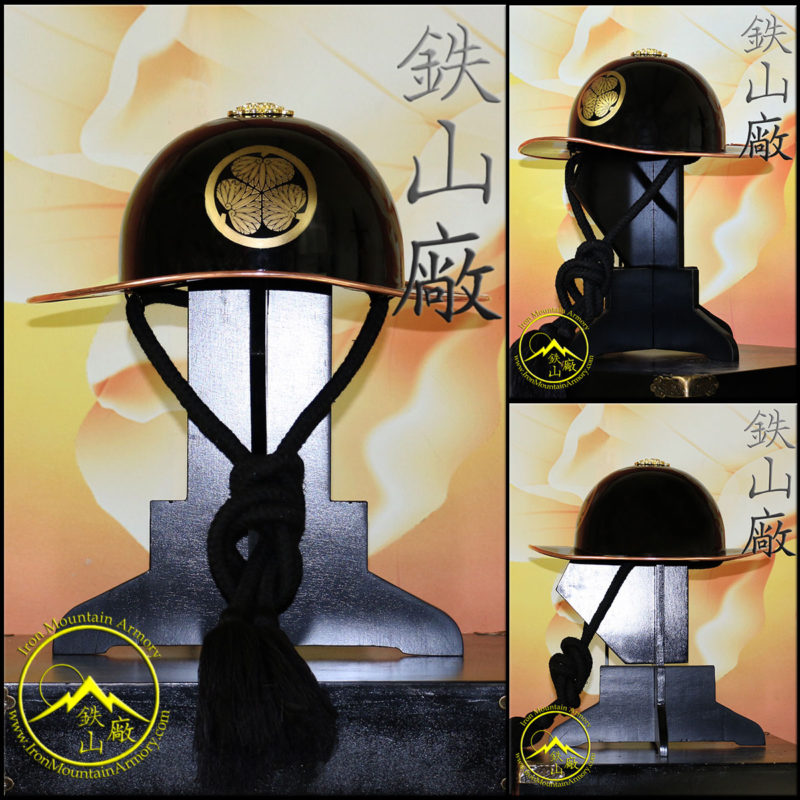