The Momonari Gashira Kabuto (peach-shaped helmet) is inspired by European helmets during the Momoyama Period (1575 – 1615). The katchû-shi (armor craftsmen) made Momonari Gashira Kabuto from two iron plates that joined together like the shell of a clam. They were designed specifically to deflect the bullets from the new muskets appearing on the battlefield. These new weapons were first brought to Japan by the Portuguese and Spanish and later became an important part of modern military strategy.

The Momonari Gashira Kabuto became well known for its abilities on the battlefield during the Campaign of Korea (1592-98) on Kyushu Island.  You can order this kabuto with your preference of mengu (facial armor), menpo (half face with nose – pictured) with options mustache style or hanbo (lower face). 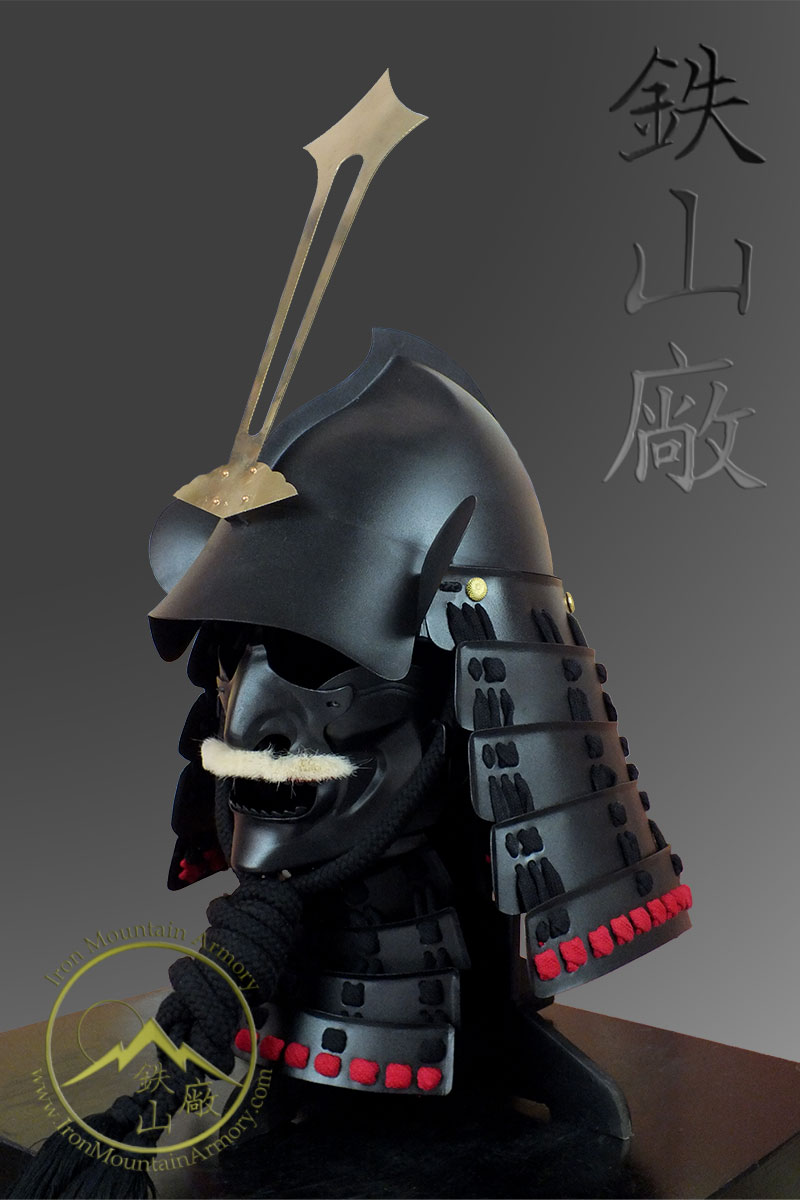