The Ko-Gashira Momonari Kabuto (peach-shaped helmet) are said to be inspired by European helmets brought to Japan during the Momoyama Period (1575 – 1615) because the Samurai appreciated the new design style and it helped deflect the bullets from the new muskets appearing on the battlefield brought to Japan by the Portuguese and Spanish. The Momonari Kabuto became well known for its abilities on the battlefield during the Campaign of Korea (1592-98) on Kyushu Island.

We craft this Momonari Kabuto by hand hammering two steel plates into shape and joining them together like the shell of a clam.  Our taisho katchû-shi (Japanese armor smith) will use their skills to craft it with the most traditional methods possible. They are happy to customize it per your request.  This helmet would be a true prize for any Ko-Gashira (mid to high ranking) samurai or any collector with a critical eye for detail and quality. 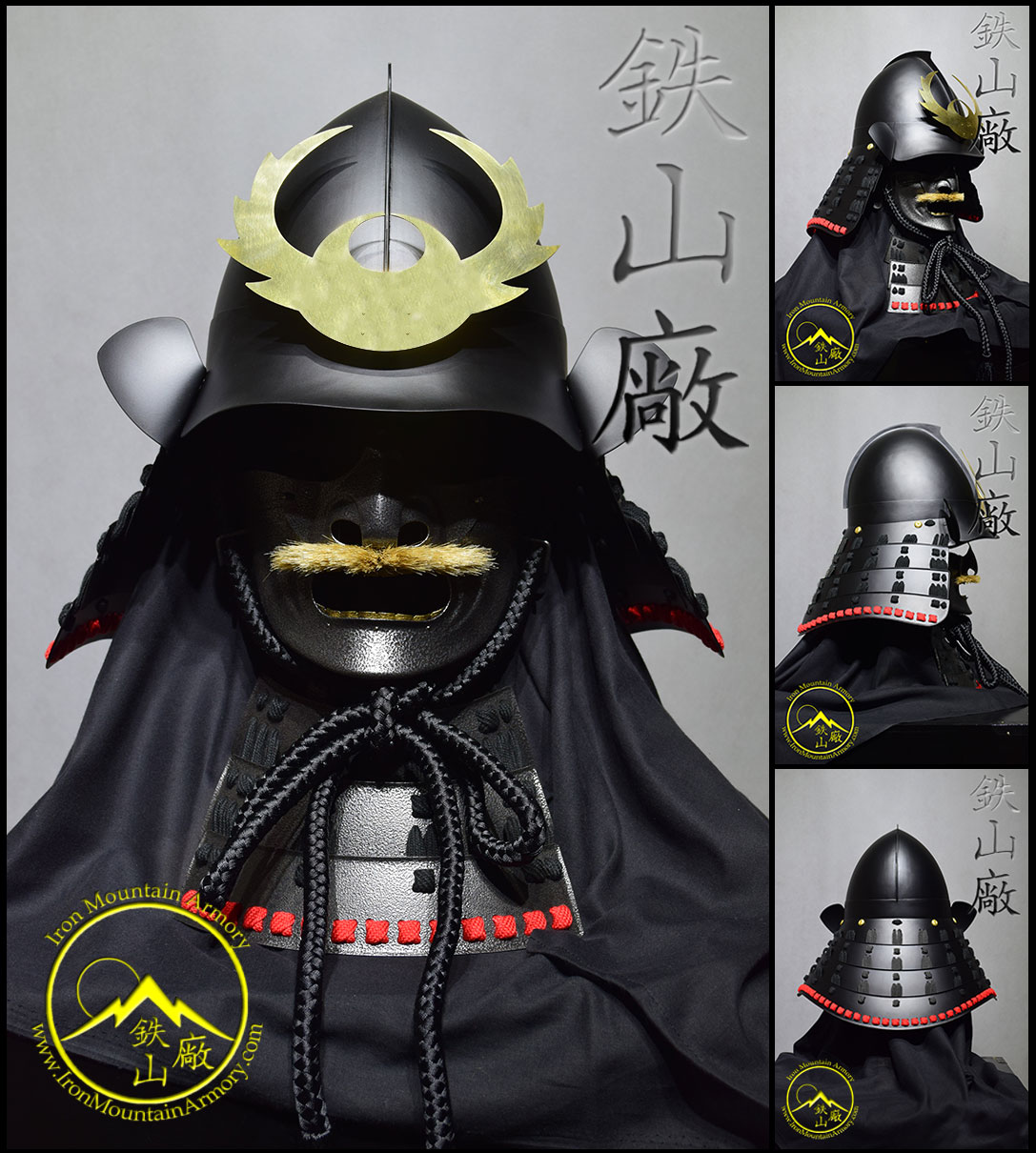 GVA is the ONLY exclusively licensed Dealer of quality armour for the world renowned Iron Mountain Armory in Australia.