The Daku Akuma Gashira were samurai infantry that would march within the lines of their ashigaru and then charge out into the enemy lines once the battle began.  Through their superior fighting skills given to them by the Daku Akuma (dark demon), they would cut their way through the opposing ashigaru, causing them to divide and be swallowed up by the darkness.  They would then swarm the battlefield, swallowing column after column of enemy ashigaru, leaving the horrible remains of the black death in their wake.  Legends say that they would taunt the enemy samurai in battle, increasing their anger and likelihood for making mistakes. The desired result was to draw them into direct battle while their ashigarus cut them off from support. Finally, the Daku Akuma Gashira samurai would wade into the conflict and finish them off.

Our seasoned katchû-shi  (Japanese armor smith), take great care in the crafting this Gashira samurai yoroi for our valued customers. Each set  features Kiritsuke Iyozane (simulated scale), sode (shoulder defense padding) and kusazari (skirt-like strips of plates).  They will be happy to customize your order by sizing it for you as well as crafting a different style of helmet, mask or shin style for you. 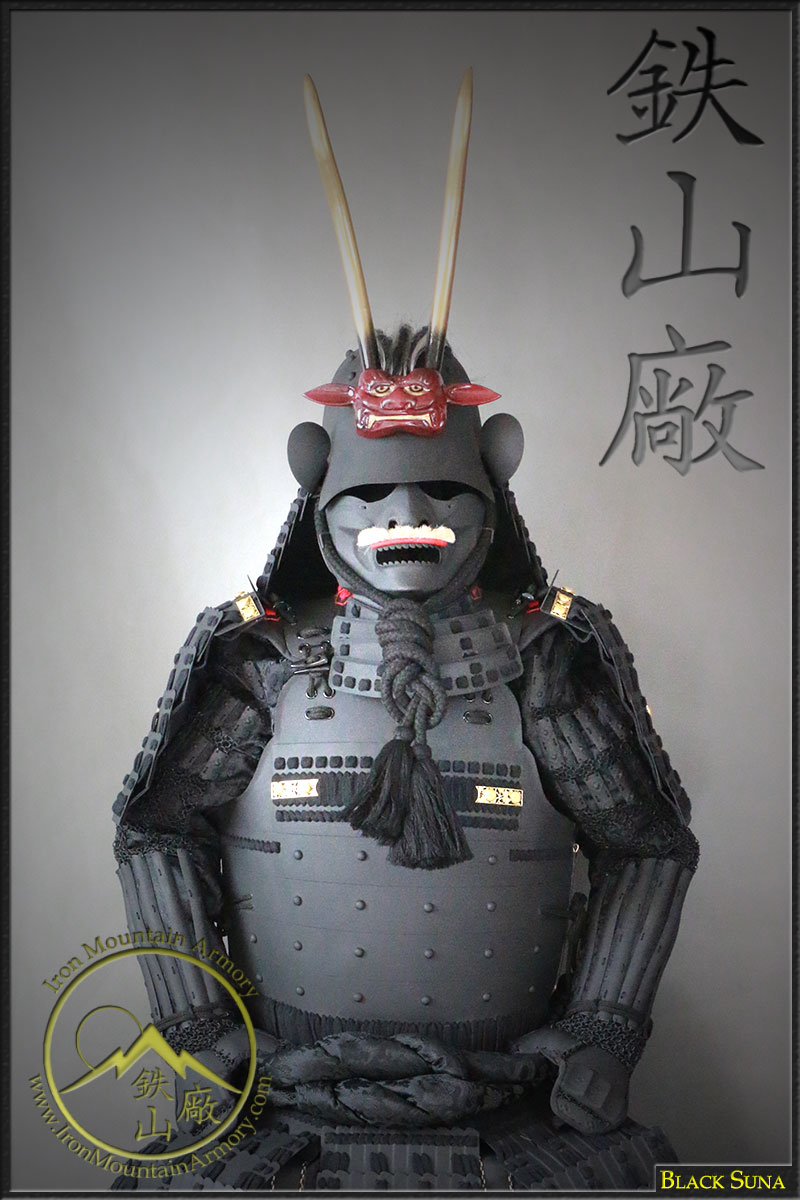