The Sakakibara Yasumasa Gashira Armor was crafted in honor of Sakakibara Yasumasa (1548 – 1606) who was a Daimyo of the late Sengoku Period through to early Edo Period. Yasumasa was the Tokugawa Clan’s foremost military commander and considered to be one of four of the most fiercely loyal vassals of the Tokugawa Clan. Yasumasa, along with his three other Daimyo, were known as “The Four Guardian Kings” or “The Guardians of the Four Horizons”, such was their prowess and renown. Crafted with multiple odoshi (lace) colors and crowned by a tall maedate (helmet crest), this impressive suit is a grand testimony to the great warlord.

Crafted with a hachi zunari kabuto (stylized helmet) and an Byo Toji Yokohagi Okegawa Do, this yoroi features kebiki-odoshi style lacing (also referred to as “full lacing”) on the sode and kusazari, and is embellished with byo-toji (riveting). Our experienced katchû-shi (Japanese armor smith) at Iron Mountain Armory will craft your Gashira Armor using traditional methods and modern tools. We offer the options to change the style of the kabuto (helmet),  menpo (mask) and suneate (shin guards). The standard colors of the Sakakibara Yasumasa Armor, are Brown Suna paint, with Blue, White and Red Lacing. We offer the ability to customize it however you like, including paints, laces, material and leather in multiple colors and styles.  Also available in Kachi Class. 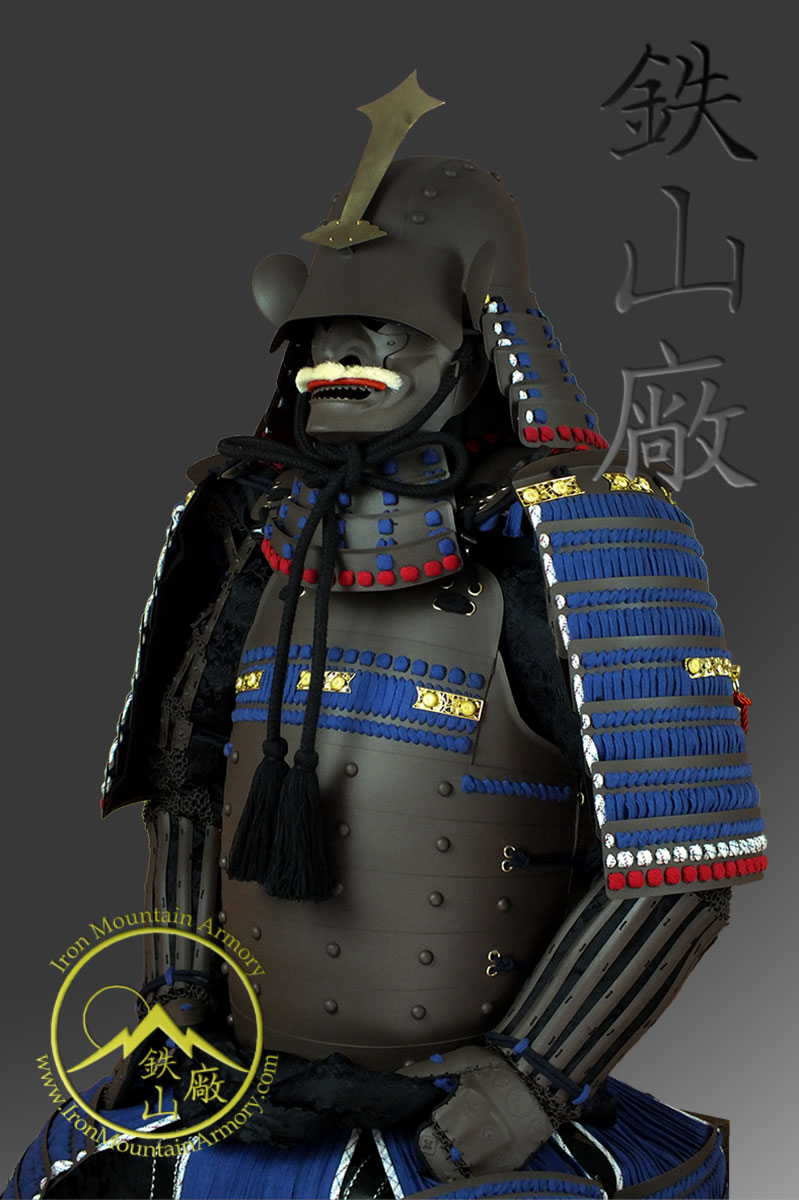