The Kachi Samurai Armor is crafted in honor of Sakakibara Yasumasa (1548 – 1606 AD). He was a daimyo of the late Sengoku Period until the early Edo Period. Yasumasa was the Tokugawa Family’s foremost strategist and military commander. He was considered to be one of the four most fiercely loyal vassals of the Tokugawa Clan. Sakakibara, and the other three Taisho samurai daimyo, were known as “The Four Guardian Kings” or “The Guardians of the Four Horizons”.

This Sakakibara Yasumasa yoroi is crafted with a hachi zunari kabuto (helmet), okegawa dō (chest armor) and features kebiki-odoshi style lacing (also referred to as “full lacing”) on the sode (shoulder guards) and kusazari (defensive skirt plating).  Our Iron Mountain Armory apprentice katchû-shi (Japanese armor smith) will take great pride in crafting this armor using a traditional design pattern.  The Byo-toji Yokohagi Okegawa Dō, was one of the most common armor designs throughout the final years of the Sengoku Jidai.  This particular model is embellished with the Byo-toji (riveting) and kebiki-odoshi (full lacing).  We will custom fit your yoroi for you along with any other options you select for our order.  Also available in Gashira Class.

Our apprentice katchû-shi at Iron Mountain Armory will handcraft this product at the time of your order. 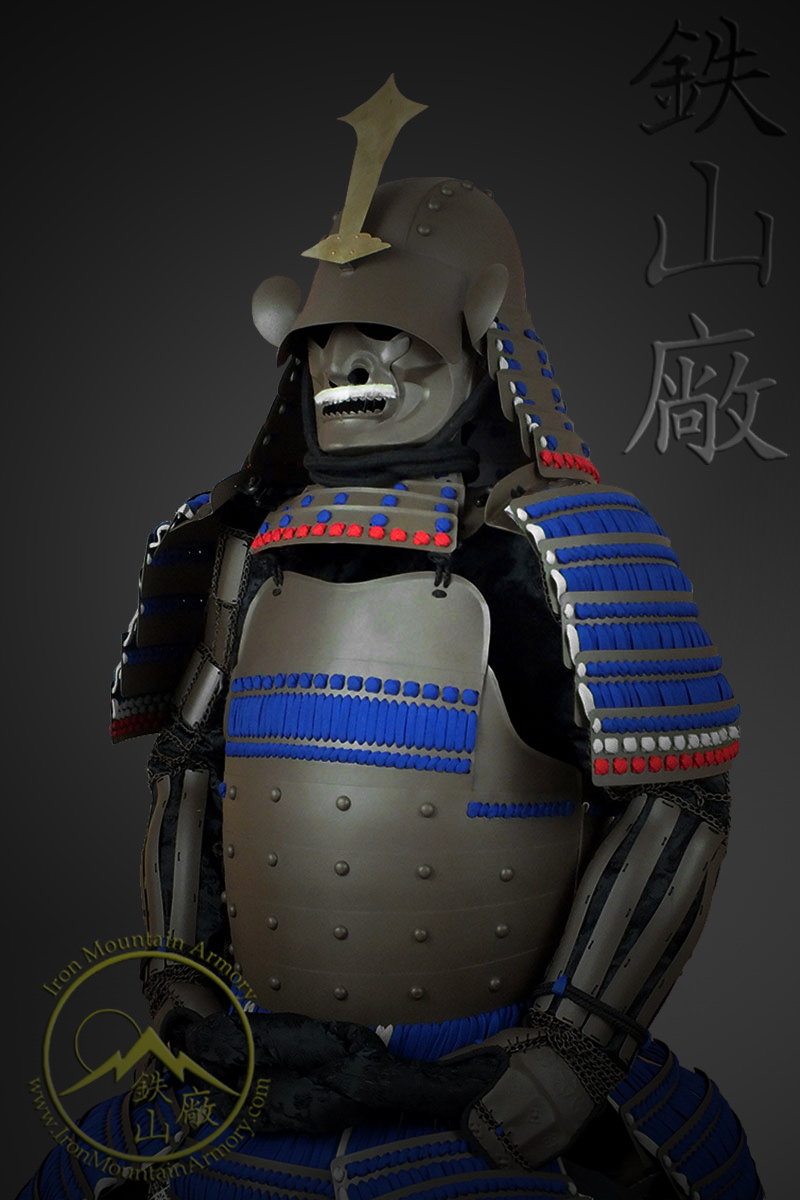