The Okegawa Kachi Samurai Armor is our first and most popular reproduction yoroi in our Kachi Samurai Armor series. Our apprentice katchû-shi (Japanese armor smith) here at Iron Mountain Armory will craft your yoroi using one of the most iconic armor designs called “Tosei Yokohagi Okegawa Ni-Mai Dō” which loosely translates to a “Modern two Section Cuirass with Horizontal Plating Joined by a Pin Hinge.” Tosei, is a term used to describe “modern” style of samurai armor. Modern is defined as being post 1520 AD. It was during this period that the katchû-shi started using ito-mono plating, which are long single plates, overlapped and riveted or laced together, instead of the thousands of single iron “scale” plates, or kozan.  This made the crafting of the armor faster and more efficient, as well as more durable in the evolving weapons and tactics of war introduced by the arrival of the Europeans.

The Okegawa Ni-Mai Dō became one of the most common armor designs to be used during the last 100 years of the Sengoku Era. This dō (chest armor), is crafted from overlapping individual metal strips (lames) that are smoothed over, then painted and laced with your choice of color.   The kabuto (helmet), menpo (mask) and suneate (shin) armor style can be changed upon your request, via the Extra Options.  A display box which comes with a stand, can also be ordered to proudly show-off your yoroi set. 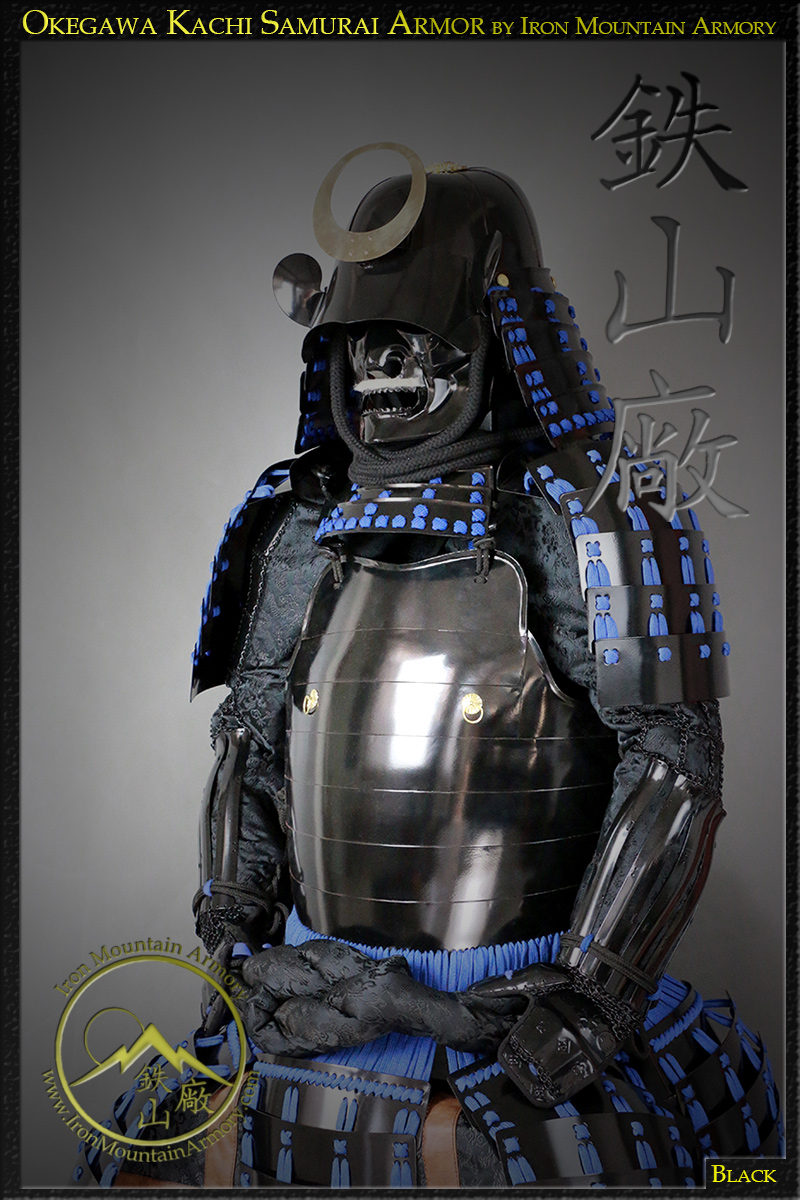