This suit was crafted in honor of the Kasai Kachi (fire infantry).  They were warriors who would fearlessly sweep across the battlefield like a raging inferno. An unstoppable force of nature, they terrified their enemy by burning through their lines and causing any who were still left standing to flee for their lives.

These kachi wore a robust yoroi called “Tosei Yokohagi Okegawa Ni-Mai Dō” (Two Section Cuirass with Horizontal Plating Joined by a Pin Hinge), which was a very common armor style at the end of the Sengoku Era. Their signet fire maedate (crest) sits proudly upon the kabuto (helmet) to invoke Kagu-tsuchi, or the kami of fire.  The vermilion armor (as pictured), with black odoshi (or lacing), represents the fire and cinder that they leave in their wake. The Kasai Kachi Samurai Armor is crafted by our apprentice katchû-shi  (Japanese armor smith) here at Iron Mountain Armory. 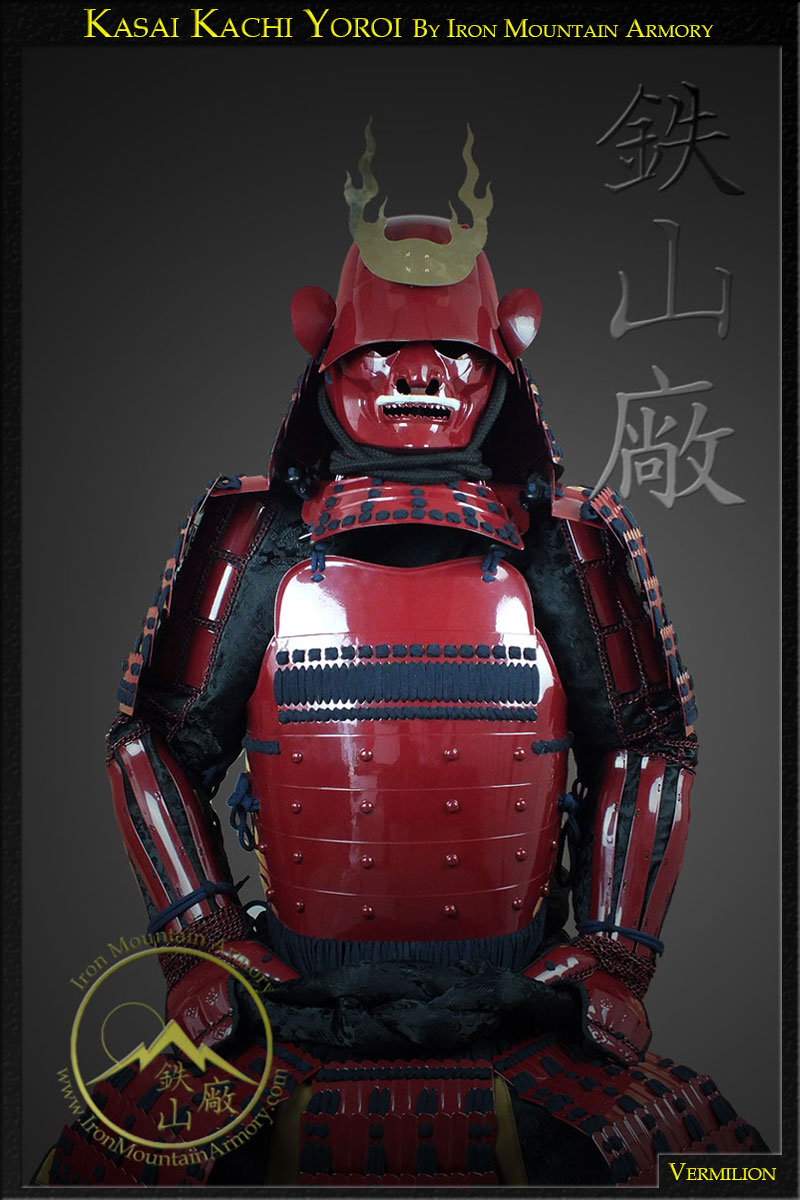