Uesugi Kenshin – “The Dragon of Echigo” ruled the province of Echigo towards the end of the Sengoku Period (Feudal Japan).  He was widely known for his prowess in both battle and in the courts. Kenshin earned his reputation and his nickname after several clashes with the legendary “Tiger of Kai”, better known as Takeda Shingen. Both may have received these names for their interest in Sun Tzu’s work “The Art of War” and their interest in Chinese culture.

The two Daimyo would clash five times before Takeda would succeed in the victory of Kenshi.

Uesugi Kenshin believed in the Buddhist god of war. Because of this, his men regarded him as the Avatar of Bishamonten, calling Kenshin the “God of War.” His yoroi set comes with both dragon maedate (crest) for luck and large Buddhist prayer beads for blessing.

The standard colors of Uesugi Kenshin’s Dragon Armor are Black, as the dominant color with blue lacing. We offer the ability to customize it however you like, including paints, laces, material and leather in multiple colors and styles.  This beautiful samurai yoroi set is also offered in both Kachi and Gashira as well. 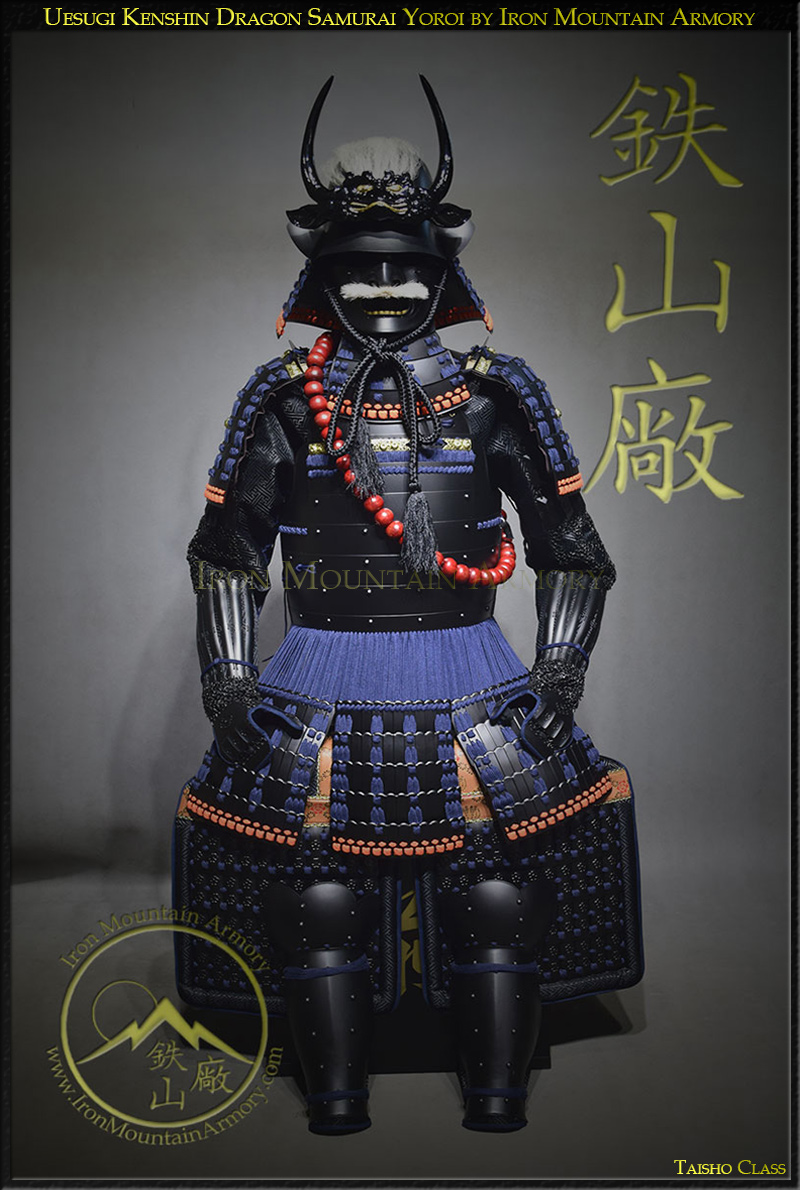