The Dragon Armor is a reproduction of one of the Gashira armor suites worn by the Daimyo Uesugi Kenshin (The Dragon of Echigo) who ruled Echigo province in the Sengoku period of Japan.

He was one of the many powerful lords of the Sengoku period.

Uesugi Kenshin is famous for his prowess on the battlefield, his military expertise, his legendary rivalry with Takeda Shingen,and his belief in the Buddhist god of war - Bishamonten.
In fact, many of his followers and others believed him to be the avatar of Bishamonten, and called Kenshin, the god of warriors.

Uesugi Kenshin was one of two of the most vicious Samurai War Lords to do battle in Japan, the other being Takeda Shingen.

Over the years, they would engage in combat five times.
Their fourth battle, which was at Kawanakajima, would be their major battle.

Because of Uesugi Kenshin's fierceness as a fighter, he was given the nickname "Dragon."
Shingen was referred to as the "Tiger" in his warring days as a Samurai.
Thus, the legendary battle of the "Tiger and the Dragon" had its origin with these two powerful samurai.

Iron Mountain Armory will craft your Gashira Armor using natural materials and traditional designs with the implementation of modern tools and techniques. We offer the option to change the style of the kabuto (helmet), mask menpo and suneate (shin guards). The standard colors of Uesugi Kenshin’s Dragon Armor are Black, as the dominant color with blue lacing. We offer the ability to customize it however you like, including paints, laces, material and leather in multiple colors and styles.  This beautiful samurai yoroi set is also offered in both Kachi and Taisho as well. 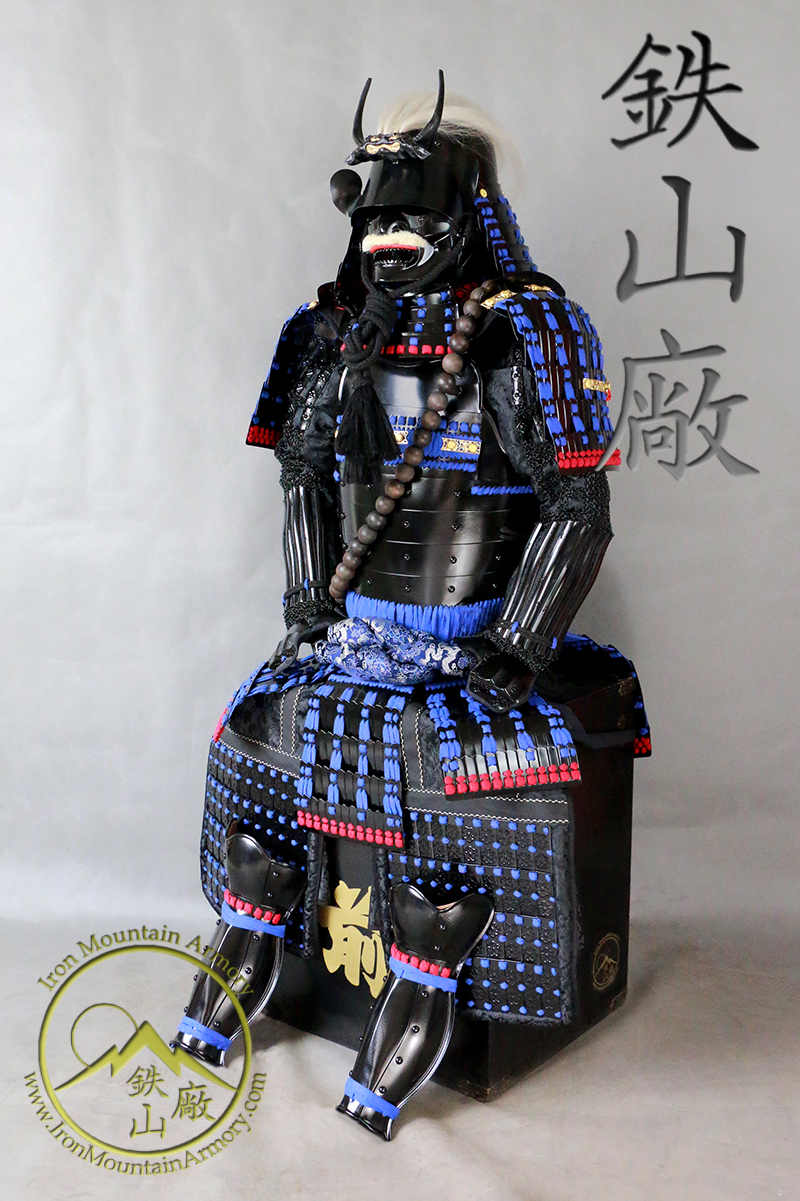