The Shinku Hogosha Samurai Yoroi (Crimson Guardian) where samurai who guarded over the ashigaru they were assigned to lead into battle.

They were believed to be given supernatural strength and foresight from the Red Oni spirit.

The samurai who wore the Shinku Hogosha armor on the field of battle often proved the legion to be true.

The horns represented their strength and ability to charge through enemy lines.  Their long mustaches showed their age and wisdom, giving them deep foresight in predicting the outcome of the battle and their fate.

If the Shinku Hogosha Samurai charged into battle, it was because they knew of their victory, which would rally their ashigaru and strike fear into their enemy. 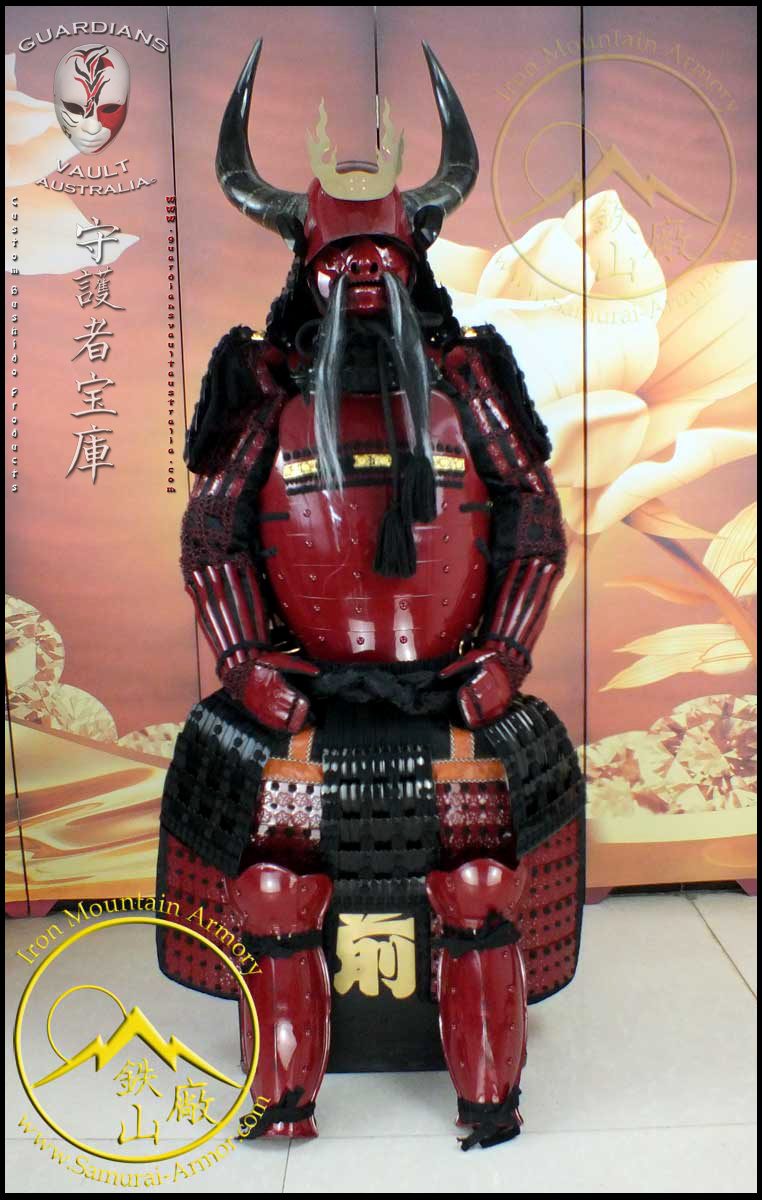