He was one of the most powerful lords of the Sengoku period. While chiefly remembered for his prowess on the battlefield, Kenshin is also regarded as an extremely skillful administrator who fostered the growth of local industries and trade; his rule saw a marked rise in the standard of living of Echigo. Kenshin is famed for his honourable conduct, his military expertise, a long-standing rivalry with Takeda Shingen, his numerous campaigns to restore order in the Kanto region as the Kanto Kanrei, and his belief in the Buddhist god of war —Bishamonten. In fact, many of his followers and others believed him to be the Avatar of Bishamonten, and called Kenshin god of war. 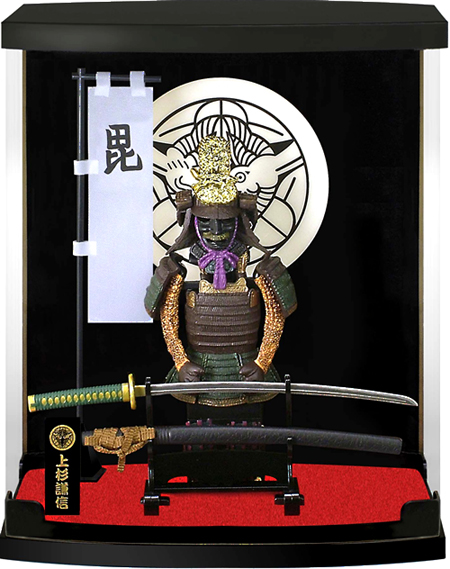