After the introduction of the teppo (Japanese iron matchlock rifle) by the Portuguese, around 1543, there were some Taisho (Samurai Commander) recognized their huge potential to change the face of war.  The time and cost to produce a teppo was too great to equip every samurai and ashigaru with one. Like the European matchlock riflemen, the samurai first used pre-loaded paper or cloth cartridges (introduced around 1586). The paper was lacquered with urushi (Japanese lacquer) to waterproof and stiffen them. However the dampness would still affect the gunpowder causing miss-fires or complete inability to fire.

So the Japanese developed the hayago or “quick loading tube” to improve the reloading speed.

The hayago is a cylinder which is carved from bamboo or wood.At the bottom of the tube is a small hole and the top would typically be covered with a paper, leather or a wooden topper. A small wad of paper or cloth, with an iron ball is pressed down into the tube covering the hole at the bottom. Followed by another wadding which is pressed down and then filled with a carefully measured amount of black powder. The top is then closed and the cartridge is then saved in the hayago doran (ammo box) or tied to a string which is hung around the neck, like a “bandolier”. The teppo-tai would open the cartridge and poor the black powder down the tube, then using a ram-rod, slide it through the hole at the bottom, slamming the ball with wadding down into the barrel.  Ready to fire within seconds.

After several weeks of training, it is believed that the teppo-tai were able to fire 5 effective shots at approaching samurai from 100 yards.

Crafted from wood, engraving the hayago cartridge requires minimum order of 50 (1 pack of 50). 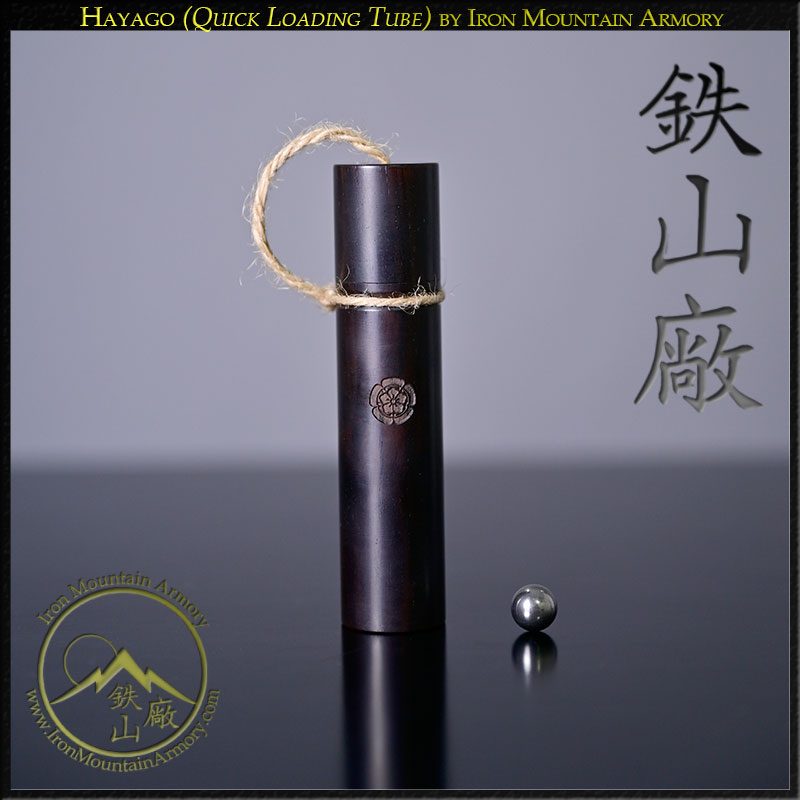