Our Katsumoto Daimyo Jinbaori is designed in honour of the Last Samurai, fictional character Moritsugu Katsumoto.

In the movie Katsumoto is believed to have portrayed real life Saigo Takamori who was the most influential samurai and politician in the crossover of Edo to Meiji eras. Saigo Takamori was hailed as one of the “Three Great Nobles” who led the “Meiji Restoration“.  Although he originally supported the Meiji Restoration, which disbanded the Tokugawa shogunate (striping them of their power and lands), his support shifted when seeing the systematic persecution of the samurai by the new Japanese Government.

It was Saigo Takamori who led the Satsuma Rebellion, which united the last of the samurai in their last war in Japanese history. Because of this, Takamori is considered to be “The Last True Samurai” (not Tom Cruise).

The jinbaori were first worn by Daimyo and higher ranking samurai and then later by samurai of all ranks.

The vest looked fantastic when worn with or without the samurai armor, it also kept the samurai both dry and warm, while marching, at ceremony and on the battlefield.

A Jinbaori (陣羽織 surcoat or samurai vest) is a type of haori (kimono style jacket) with the purpose to be worn over armor, protecting the samurai and his armor from the elements and became common around 1550. Over the course of the Sengoku period, it evolved and became more elaborate and decorative with various motifs as an expression of the Samurai’s wealth, power and aesthetic taste.

Although typically worn by higher ranking samurai, the jinbaori could be worn without restriction, for any samurai class on and off the battlefield. Jinbaori were often waist length, without sleeves, featured a high open collar going down the front and usually with support material on the shoulders to help keep them laying straight.

Traditionally the jinbaori can be made from any material. Most common materials were wool, brocade, cotton and later silk.

We offer highly customizable Jinbaori Surcoats / Samurai sleeveless jacket, which you can design to match many of our suits of armor. We also offer the option of adding kikko (armored plating) to the top shoulder section.

Our samurai clothing and accessories are featured in the docudrama “Age of Samurai: Battle for Japan” by Netflix & the Smithsonian Channel. 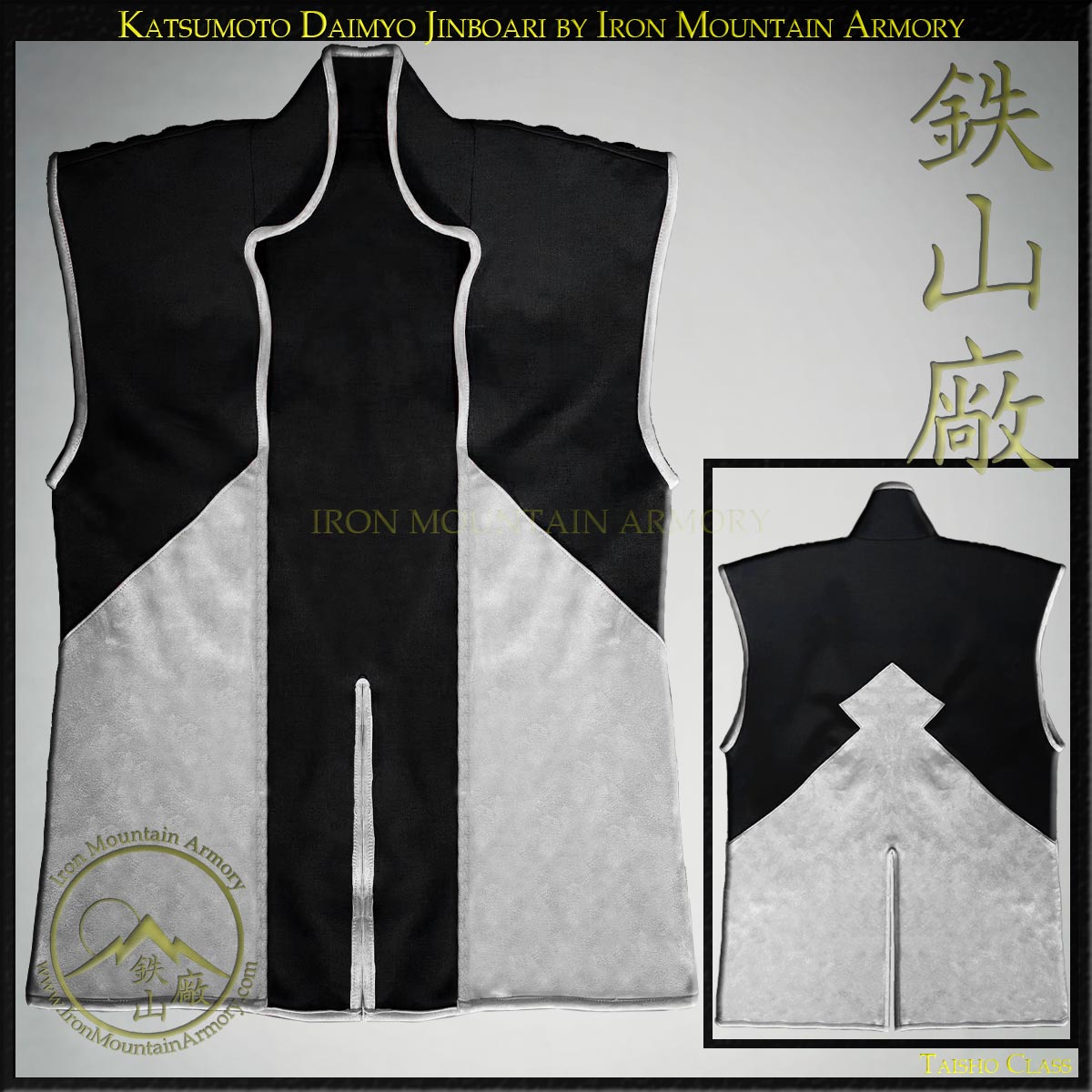