The Oda Clan Gashira Samurai Armor played a major part in the history of Japan during the end of the Sengoku Era (Warring States Period).  The name originally came from the province. It was appropriated by the daimyo of the Oda region to help consolidate his power and establish his rule.

From 1534 to 1582 Oda Nobunaga played a key role in shaping the course of history in feudal Japan.

His policy of unifying a country controlled by many feuding daimyo was furthered in a series of victories characterized by brilliant tactics and the first organized use of firearms.

His unification policy became a reality under his successor, Toyotomi Hideyoshi, shortly before the end of the 16th century and furthered by Tokugawa Ieyasu.

This yoroi is crafted with a “Tosei Yokohagi Okegawa Ni-Mai Dō” (Two Section Cuirass with Horizontal Plating Joined by a Pin Hinge). It was a very common armor style at the end of the Sengoku Era.  The Oda Clan mon (clan crest), is painted onto the chest to show the samurai’s allegiance to the Oda Clan.  The mon will also be attached to the fukigaeshi (ears of the helmet) and on the display box.  The helmet, mask and shin armor style can be changed upon your request, via the Extra Options. 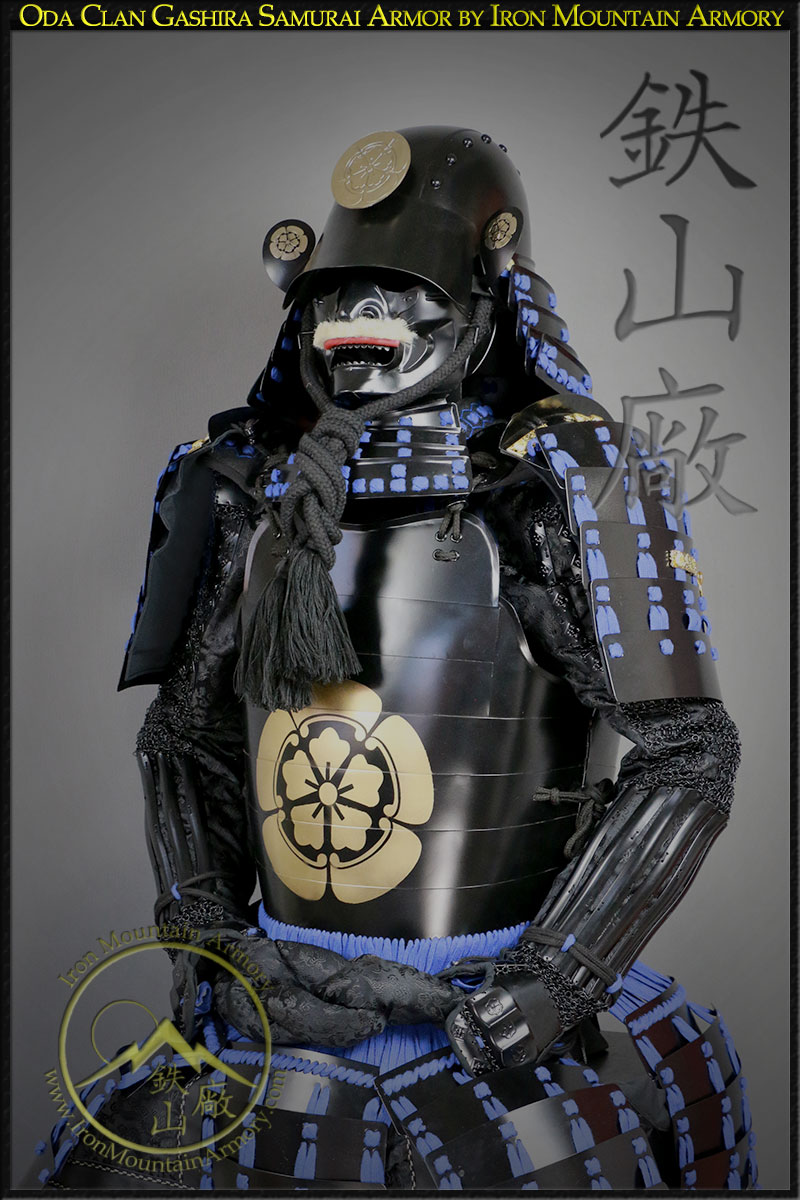