Sanada Yukimura (1567 - 1615) was a Japanese samurai known for being an excellent military tactician. Though his army was comparatively small, he won many battles even though they were outnumbered.

Through his daring strategies and feats he would gain fame and forever hold a place in Japanese history. Sanada Yukimura was called "A Hero Who May Appear Once In Hundred Years" and "The Crimson Demon of War".

This Gashira Class samurai armor has be crafted by our seasoned katchû-shi  (Japanese armor smith) in honor of Sanada Yukimura (真田 幸村, 1567 – 1615), a legendary samurai represented by his iconic Gusoku (armor set).  The Sanada Clan’s famous maedate (crest) is called “Rokumonsen” which represents the six coins believed to be needed to cross the river of the underworld. This mon expressed how the Sanada Clan had no fear of death, making them even more fearsome in battle.  As a Taisho of the Sanada Clan, Yukimura brought great honor to his family name as he was known not only as a fierce warrior but an excellent military tactician as well.  His reputation was well earned after he emerged victorious in many battles, even when he was vastly outnumbered.  Most notably he won even more fame after organizing and leading the defense during the Siege of Osaka.   The legends call him “Crimson Demon of War” and “The Last Sengoku Hero”.  His kabuto is adorned with the antlers of a deer to personify his prowess for attack and defense.

The antlers on Sanada’s helmet (hand carved from wood) personify his unique ability of both defense and attacking.  The standard color for this armor set is a vermilion or crimson color, sometimes with a suna (sand) finish.  However the Iron Mountain Armory is happy to honor your request to paint this handsome gusoku in any color / finish you would prefer, as well as use the odoshi (lace) color of your choice.

More options are available through the drop down menus.  Also available in Kachi and Taisho class.

Our best artisan Taisho katchû-shi focus on quality over quantity and like the original katchû-shi. Their sense of honor will not risk jeopardizing their reputation by crafting inferior quality armor. They are happy to take on new challenges by customizing every detail of your Iyozane no So-Fukurin armor to your specifications. Every piece of armor is crafted as traditionally as possible. Please click here for more details. 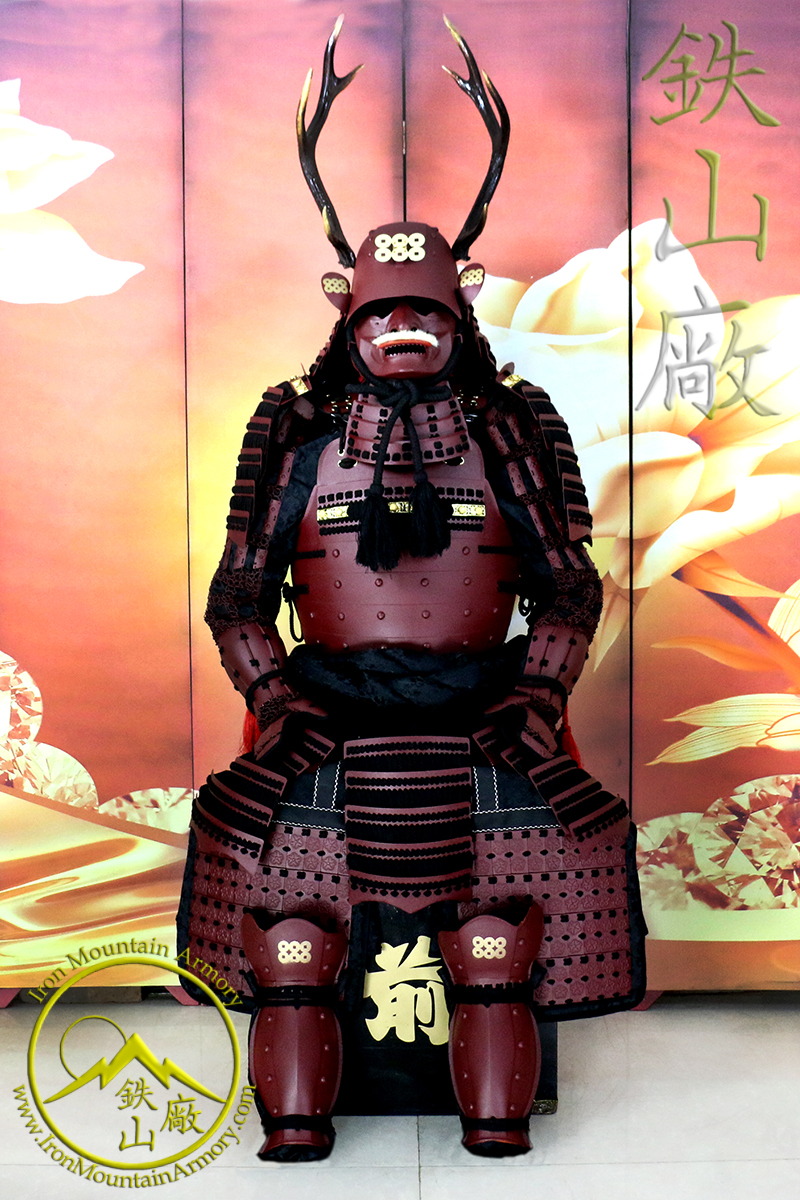