Descended from Fujiwara Sumitomo, the Arima Clan was established in the 12th Century by Arima Tsunezumi.  The Arima, whose name means “has horse,” were first known for their Calvary. They grew even stronger with the arrival of the Portuguese. Being heavily influenced by Christian missionaries, and as a result of his “Christianization”, the Arima Clan received supplies and weapons from the Portuguese.  The final result was a clan which had strength and technological advantages. They would play a small but interracial part in the final unification of Japan by siding with Toyotomi Hideyoshi.

This particular samurai suit features Kiritsuke Iyozane (simulated scale) sode (shoulder guards) and kusazari (defensive skirt plating). Our apprentice katchû-shi (Japanese armor smith) at Iron Mountain Armory has carefully crafted this reproduction kachi samurai armor set in honor of the Arima Clan.  They preferred to use a crimson “suna” paint, with black odoshi (or lacing) as pictured, to show the wealth of their clan. 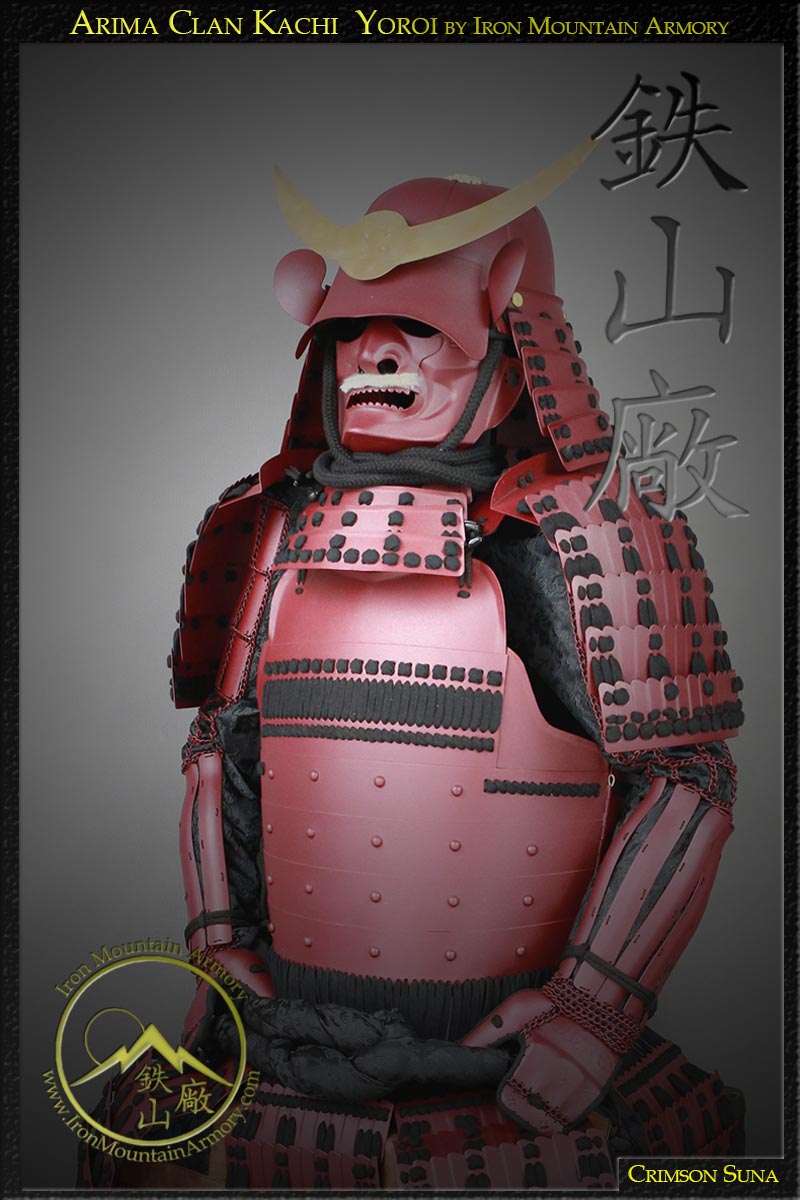